Muscle contractions and pain are common in people living with Parkinson’s disease. This can be caused by dystonia or muscle cramps, which need to be differentiated to be treated effectively.

Dystonia is a movement disorder caused by abnormal signals to the brain. These signals lead the muscles to contract and twist involuntarily. These muscle spasms or twisting movements cause parts of the body to flex in an unusual and painful way.

Muscle cramps are mainly caused by a lack of oxygen, water, or waste elimination directly in the muscles. The cause is therefore local. The muscles flex and contract, causing sudden and sharp pain. Muscle cramps are painful but most often are not visible.

What are the causes of dystonia?

Dystonia is usually linked to a disturbance in the part of the brain that controls movement.

Dystonia is common in the general population. However, in people living with Parkinson’s disease, it is most often associated with the amount of levodopa in your body.

Dystonia usually occurs when the effect of one dose of levodopa wears off, before the next dose is taken. For example, you may wake up in the morning with a twisted body part (toe, foot, etc.). This painful twisting may prevent you from getting out of bed before the morning dose starts to take effect. This dystonia is called OFF dystonia. It is related to a lack of levodopa.

More rarely, dystonia can also be caused by brain over-stimulation with levodopa. This is called ON dystonia. It is related to excess dopamine. This type of dystonia is similar to dyskinesias, which may involve larger uncontrollable body movements.
The characteristics of dystonia and dyskinesia may seem similar but you need to be able to differentiate between them because their treatments are different.

Dystonia may also be a specific symptom of Parkinson’s disease unrelated to levodopa use. Foot dystonia may be the first motor symptom, especially in young people.

What parts of the body are most often affected by dystonia?

Dystonia usually occurs on the side of your body most affected by Parkinson’s disease.

Legs and feet
Spasms in the calf muscles can cause your toes to curl under your foot or your big toe to stretch. Your foot may also roll back toward your ankle.

Head and neck
Dystonia can cause unusual head, neck and shoulder postures. Usually, the head pulls to one side or forward.

Hands
Hand spasms can occur during small movements, such as writing.

Eyelids
Dystonia can cause uncontrollable blinking, combined with an irritation or burning sensation in your eyes, which may become sensitive to light.

Vocal chords
Dystonia can also cause spasms in your vocal cords. This can affect your speech, including the volume and clarity of your voice.

How can I treat episodes of dystonia?

You first need to determine the cause of your muscle pain and make sure it is not cramps.

Secondly, you must determine when dystonia occurs in regard to your levodopa dose intakes. The best way to do this is by keeping a diary for a few days. You will then be able to explain this phenomenon in full detail to your neurologist, who will be able to optimize your treatment with you.

Many people with episodes of dystonia reduce the intensity of their pain by:

What dystonia treatments are available?

To start treatment, your neurologist will likely first optimize your levodopa treatment. They may change your intake time, the doses, or the type of medication you are taking.

If your dystonia does not respond to changes in your antiparkinsonian medications, your neurologist may prescribe medications that act as muscle relaxants such as clonazepam (RivotrilⓇ), (LioresalⓇ) or anticholinergic medications such as trihexyphenidyl and procyclidine.

Botulinum toxin, commonly known as Botox, can also help treat dystonia in some people. It involves injections in the affected muscle(s) to block abnormal signals from the brain. Botox also weakens the affected muscle(s), which helps to relieve pain. For an optimal and sustained effect, injections are repeated regularly, usually every three months.

How can I reduce my muscle cramps?

Cramps can result from excess or lack of movement. Some cramps may be connected to particular positions, such as at night, or specific activities. By avoiding these situations, you can reduce the occurrence of these cramps.

Cramps may also be related to a lack of hydration and vitamin B. Drink more fluids and consult your doctor to assess whether you need to take vitamin supplements.

You can also try to:

Exercise can also help reduce cramps. You can do physical activity adapted to your condition. 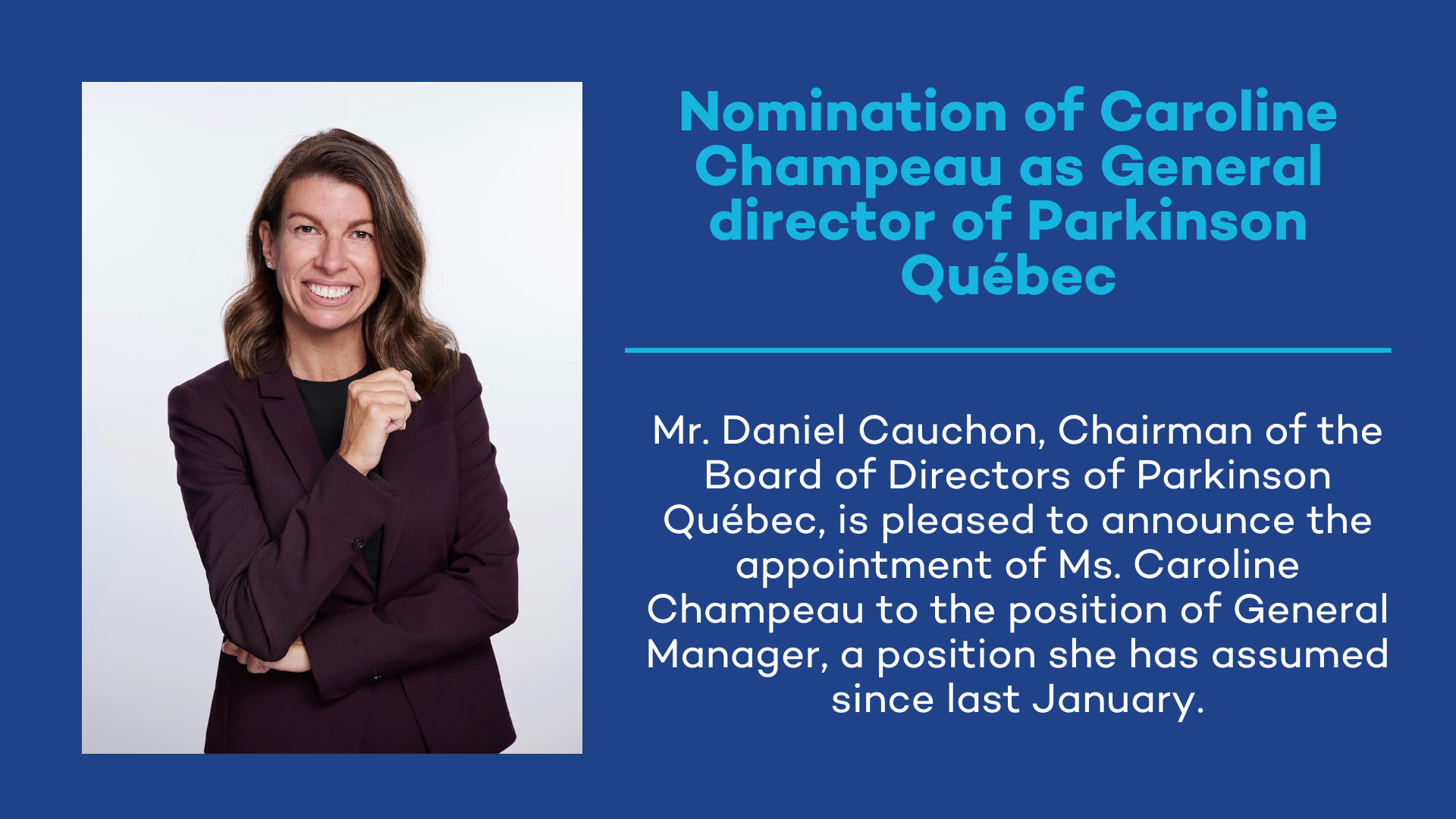 Mr. Daniel Cauchon, Chairman of the Board of Directors of Parkinson Québec, is delighted to announce the appointment of Ms. Caroline Champeau to the position of General Director. […]
Learn more 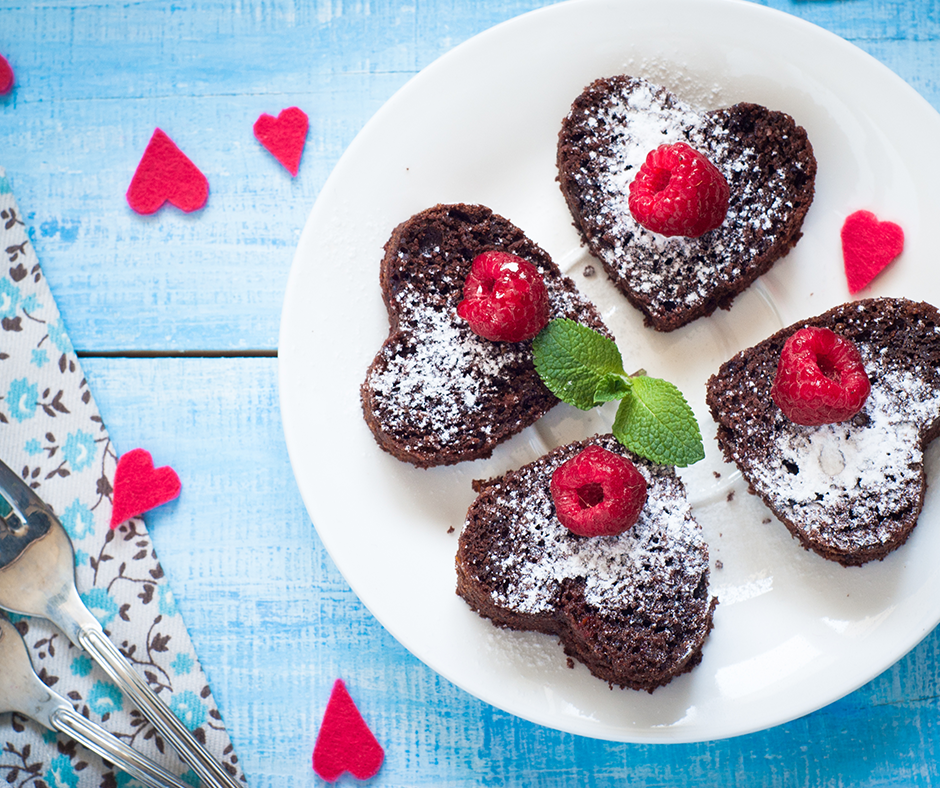 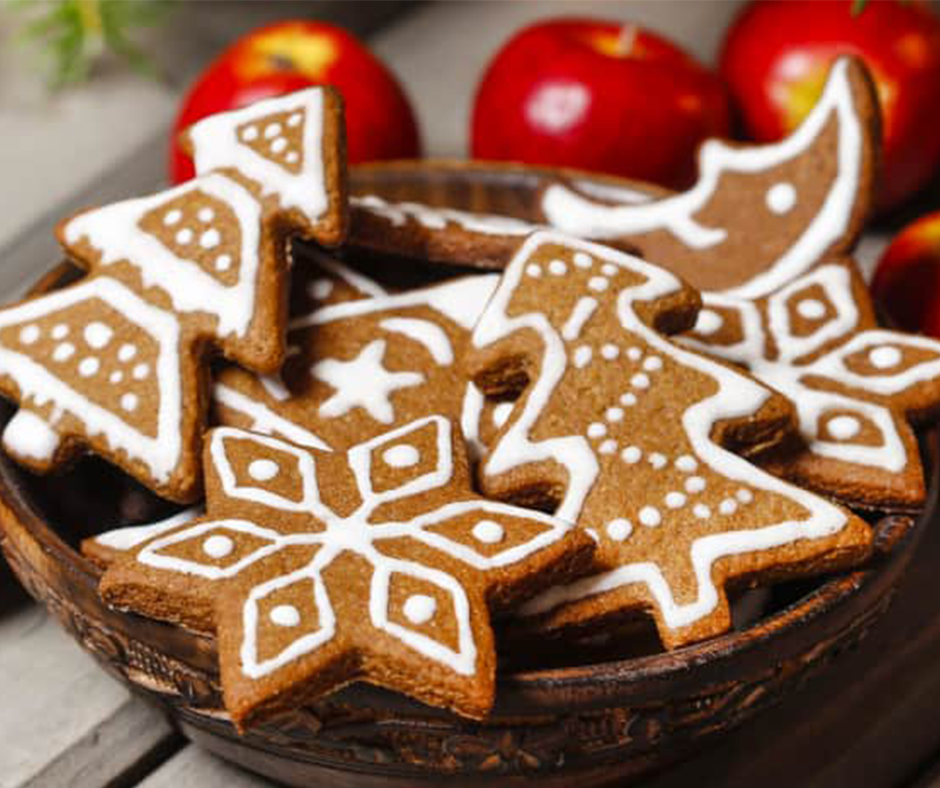 Perfect for the holiday season, and containing a considerable amount of flax seeds, these biscuits provide fiber and good fats. […]
Learn more
See all news